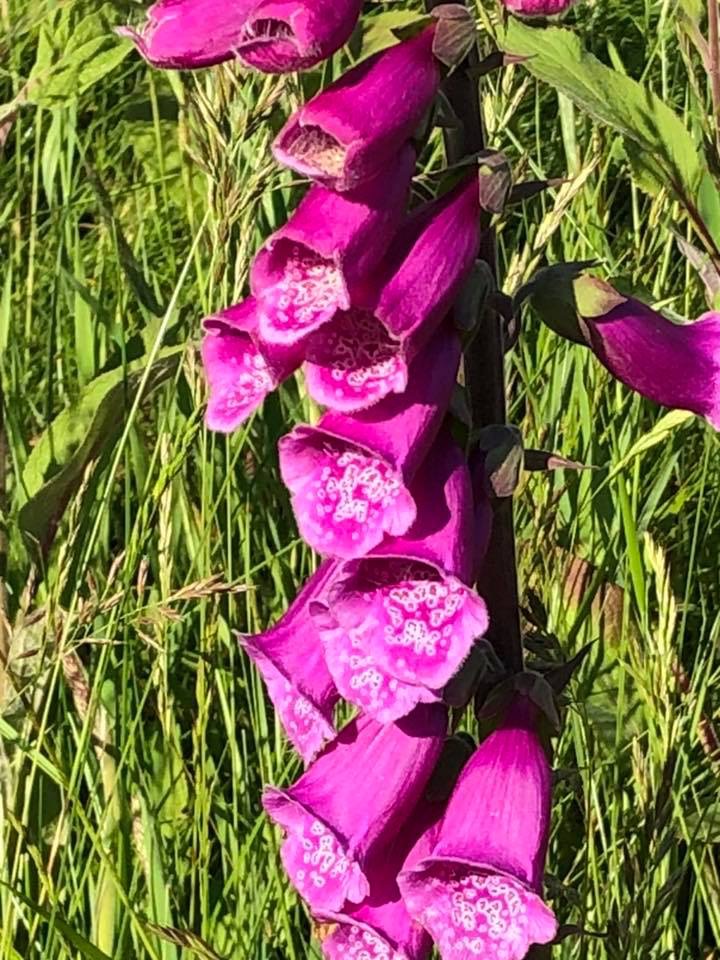 Foxgloves are, in my opinion, one of the most beautiful wild flowers with the very distinctive “bell-shaped” flowers. They can grow very tall, commonly reaching 1-1.5 metres and are commonly on horse pasture. The level of toxin varies through the day and production peaks through photosynthesis when the sun is at its brightest from noon into the afternoon.
Thankfully they are rather unpalatable to horses and are rarely eaten as a fresh flower but if they are caught up in hay or haylage can be accidentally eaten.
The plants contain the cardiac glycoside, digitoxin, which is commonly used in heart medication for humans and horses (but obviously at a very tightly controlled dose with careful monitoring of clinical signs and response to treatment!!).
The effects on the heart are to increase the strength of heart contraction but slowing conduction between the top (atrium) and bottom (ventricle) part of the heart. This can lead to fatal arrhythmias where initially the heart beat becomes irregular and if the dose is enough may cause cardiac arrest.
Early signs of Foxglove ingestion may be drowsiness, depression, staggering, fitting, collapse and diarrhoea (often bloody).
The toxic dose can be as little as a few hundred grammes of fresh flowers but if dried can be even more potent!
Treatment involves trying to bind the digitoxin with activated charcoal and giving lots of oral liquid paraffin and fluids to reduce absorption of the toxin.
Drugs for the heart if caught early enough include atropine and lignocaine (lidocaine) which help to reduce cardiac arrhythmias. 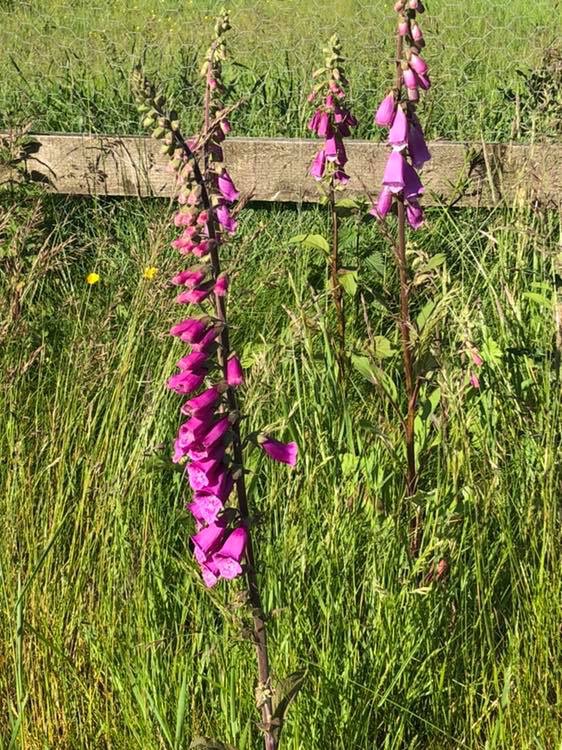 I wouldn’t suggest removing this lovely flower from your fields but to look for it in hay or haylage. When removing it by hand from the hay/haylage be careful to wear gloves or wash your hands afterwards because Foxgloves are obviously toxic to humans with the same potential consequences!!!!