Melanomas are a type of skin tumour that occurs predominantly in grey horses. They appear externally as dark grey/black nodules in the skin although they may also develop internally. The most common sites for them to appear are the head, neck and underside of the tail-dock.

Most grey horses older than 10 years old will have started to develop them to a greater or lesser extent and they are normally regarded as an acceptable part of owning grey horses. That is to say that most owners (sometimes with veterinary advice) “keep an eye” on any melanomas, allowing them to progress and grow, often to an extent that they become untreatable.

Growth to such a size that the tumours can become an obstruction in the head, throat or perineal (under the tail) area are common. Ulceration is another potential issue with melanomas particularly under the dock where the relatively warm, damp and dirty area near the anus appears to contribute to this problem. Ocular melanomas may occur where the mass arises from the iris and can obstruct vision; these can be very difficult to remove.

The severity of all the problems associated with melanomas and the morbidity this causes to the horse can be regarded as “malignancy”. The term Equine Malignant Melanoma (EMM) is now commonly used to describe the condition.

Certainly the consensus now is to take melanomas much more seriously at a much earlier stage to prevent them progressing to “malignancy”. Treatment is much more difficult once there has been marked enlargement or when ulceration (and often infection) has occurred.

The most common treatment option is surgery although this can be “sharp surgery” (ie with a scalpel blade), laser surgery or electro-cautery. Sharp surgery is mainly used when there is adequate skin to draw together to allow suturing once the melanoma has been removed. The latter two are generally used when it is impossible to bring the skin edges together once the lump has been excised; this is particularly used under the dock where there is no loose skin.

However surgery is not an option in advanced cases where the size of the melanoma would leave too large a defect or when the melanoma (large or small) is close to sensitive structures such as nerves or blood vessels. A relatively common region is in the guttural pouches (just below the ear) which has branches of the carotid artery running through it!!

Medical treatments as alternatives to surgery have varying success.

Traditionally cimetidine, a human anti-ulcer drug, has been used but seems relatively unsuccessful despite early signs that it may be effective, although treatment periods often spanned up to a year.

Cisplatin in the form of injections or impregnated beads that can be implanted into melanomas have been found to work very well and can be used in conjunction with surgery to reduce the size of the tumour to allow better penetration of the drug.

A relatively new option has been a vaccine used for melanomas in dogs that stimulates an immune response to proteins in the melanoma cells. This vaccine is licensed in dogs but not in horses and it has only been trialled in horses so far. The initial results have been promising in some horses although more work needs to be done to verify its effectiveness.

Also potentially in development but not commercially available is another immunotherapy using a substance called Interleukin that is injected into the tumour and it attacks the tumour cells. Initial results appear premising.

The most important factor is that the treatment should be started as soon as possible to prevent the melanomas growing too much. However, this does not ensure that further melanomas will not appear elsewhere on the horse nor will it reduce or prevent the growth of any inoperable melanomas. It is still preferable to treat at an earlier stage.

Much research is being carried out and there may be huge strides forward in the treatment of this relatively common, much under-rated and potentially very serious disease. 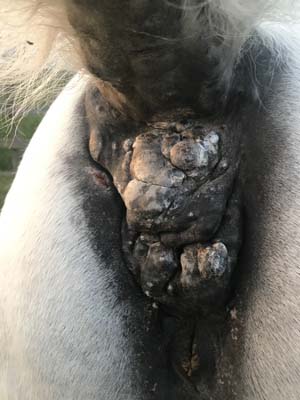 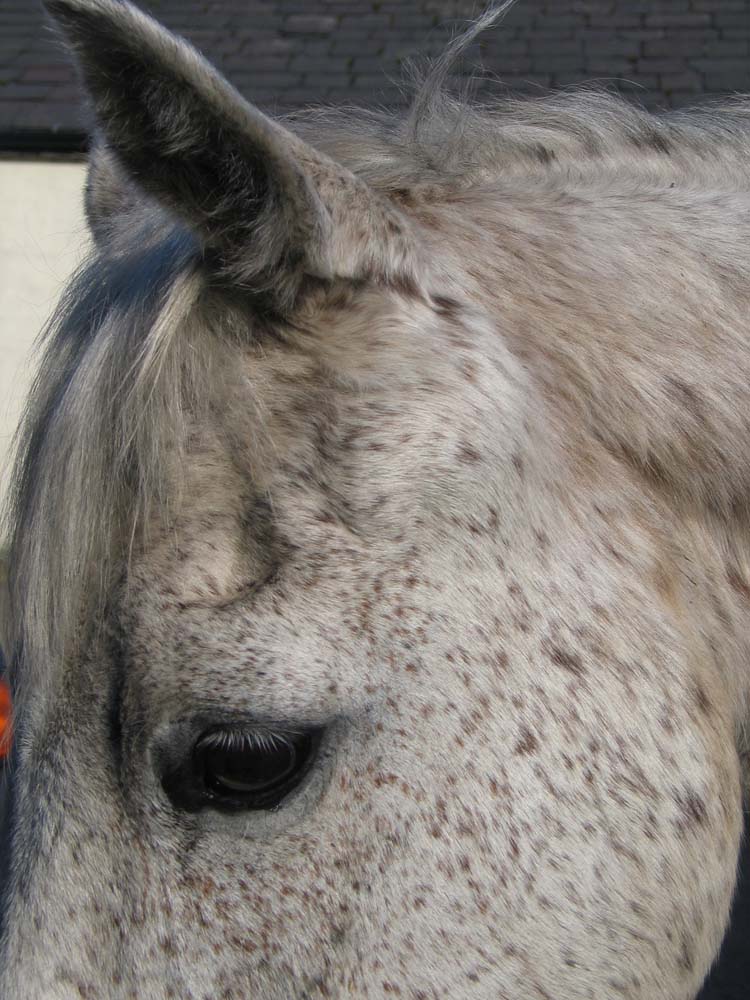 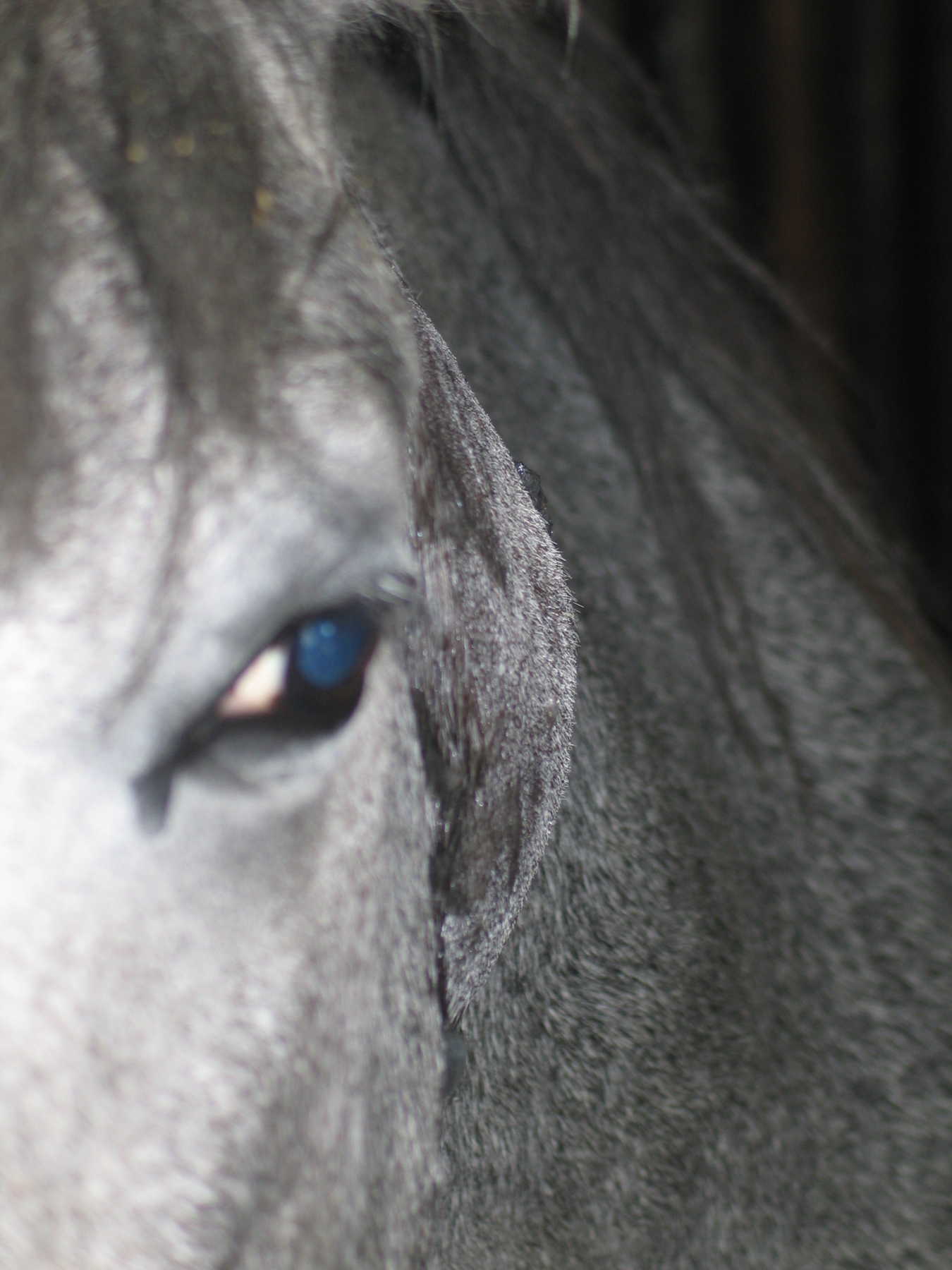 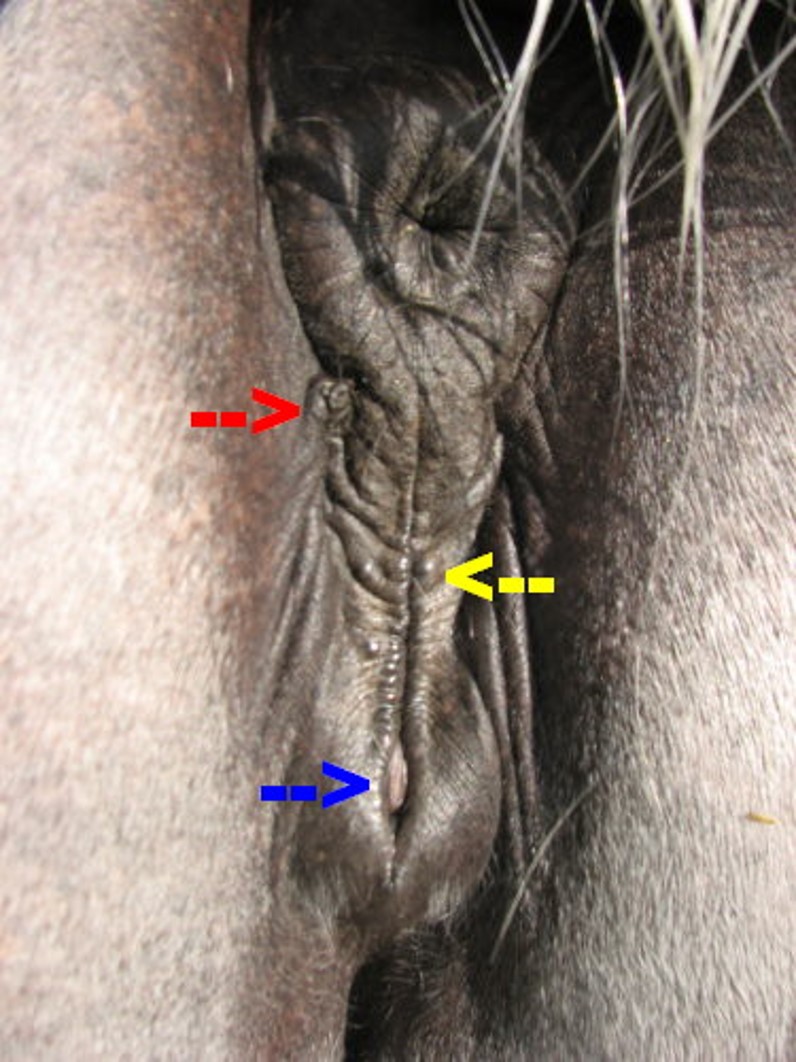 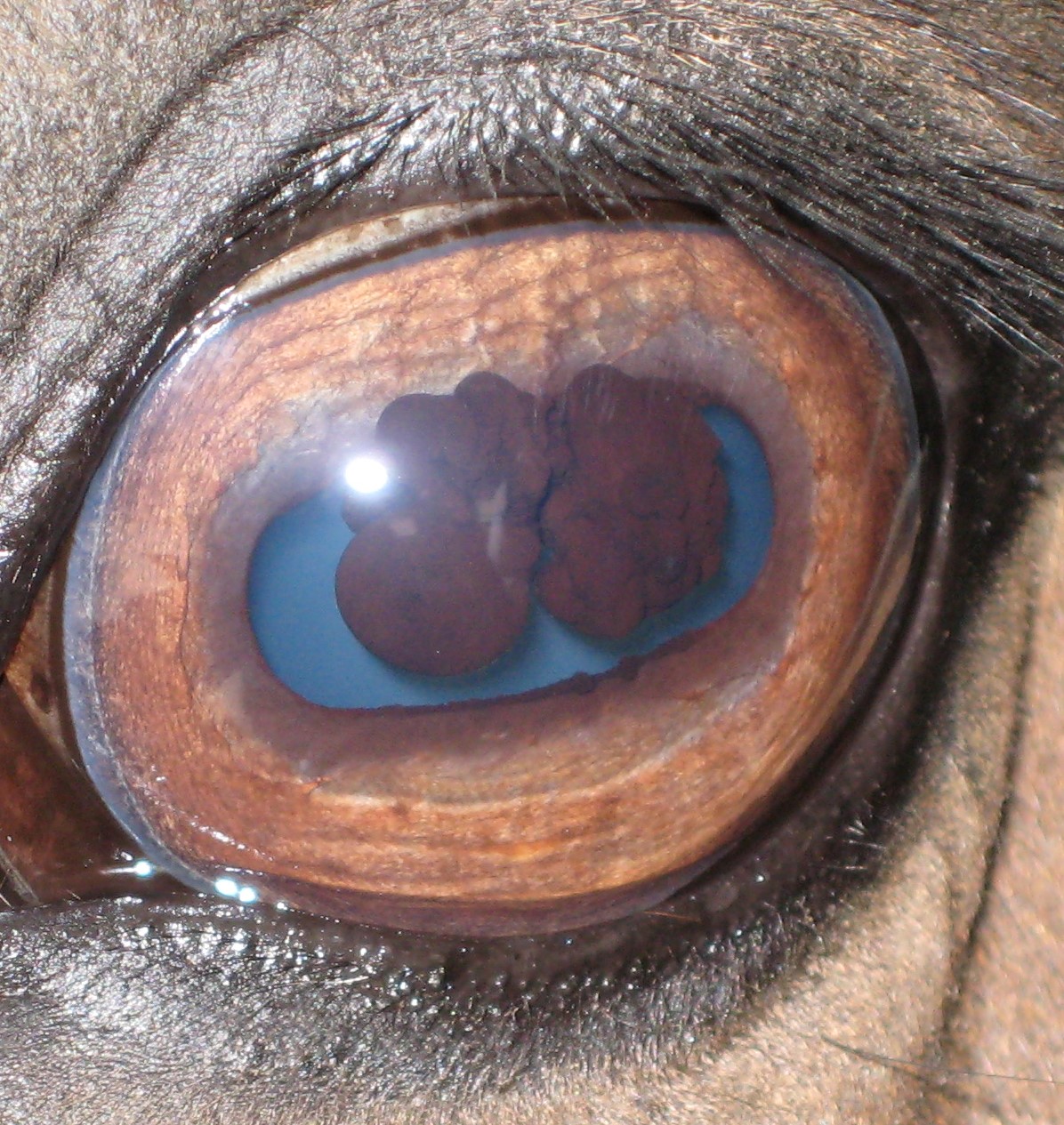 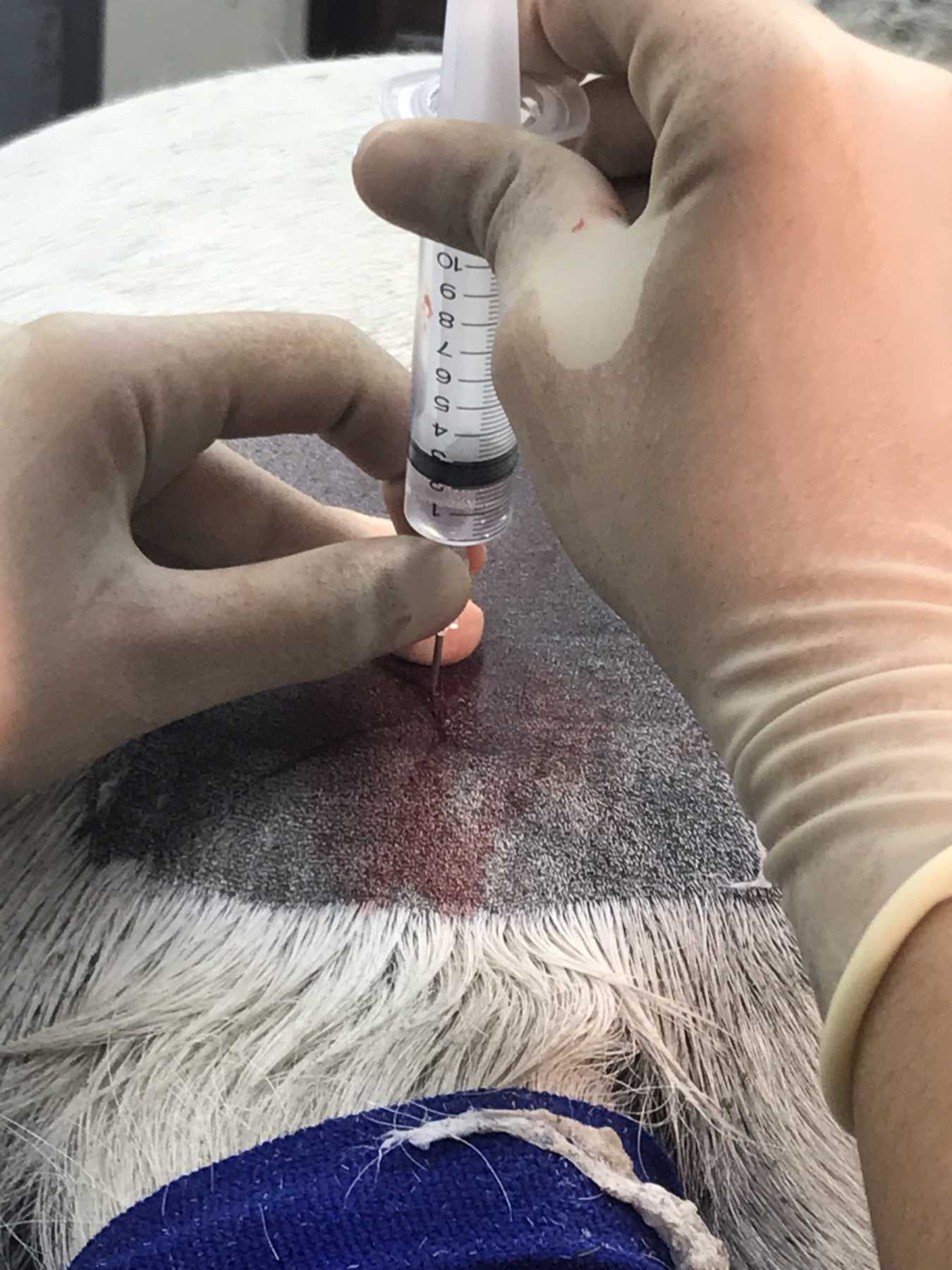 Epidural for melanoma removal from dock